Laser cutting machines aren’t the simplest of contraptions. They can be used to create so many wonderful things, but many people shy away from purchasing one because of hefty price tags and their sheer complexity.

What if I told you that they actually operate on a fairly straightforward principle? It didn’t take me months of research to discover what the most up-to-date industrial-grade laser cutter can do, so I think it is pretty safe to say that the mechanisms of your average laser cutting machine shouldn’t be too hard to dissect.

In this article, I plan to dive deep into the parts, basic functions, and operating principles of laser cutting machines, so without any further ado, let’s start from the top. 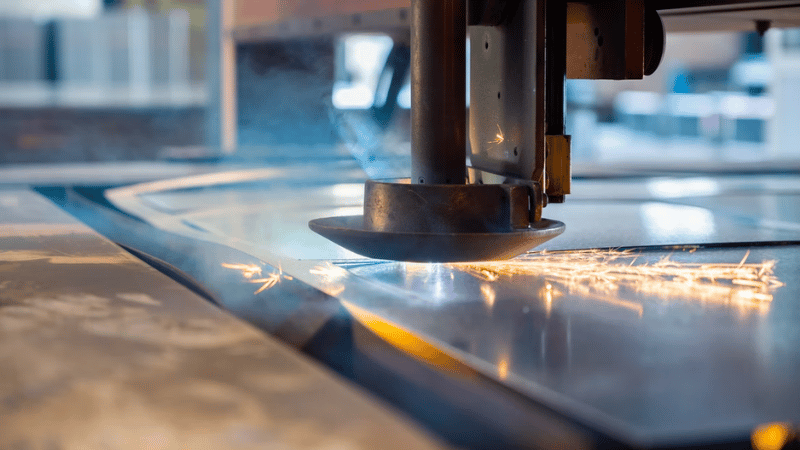 Here is a little fun fact before we delve into more technical parts.

Did you know why lasers are called such?

As it turns out, ‘LASER’ is actually an acronym that stands for the Light Amplification (by) Stimulated Emission (of) Radiation.

This little word is enough to describe the fundamental aspect of all laser cutters. They use condensed rays of light, amplify them, and stimulate via means of radiation to generate a scorching-hot ray that can pierce through anything and everything.

What Is a Laser Cutting Machine Made of?

I will be mentioning nearly all of these parts in the sections below, but before I do, I wanted to explain the basics of a laser cutter’s main components. Learning more about the parts that comprise a laser cutter will help you understand how the contraption works. 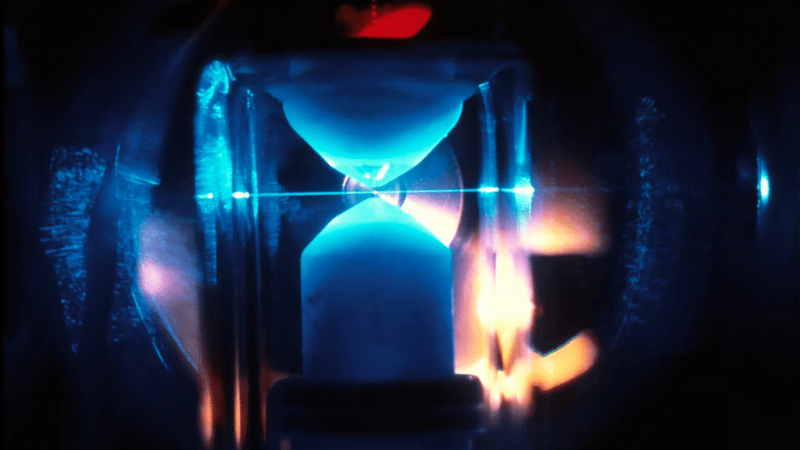 As defined by Lasers.gov, lasers are created when “electrons in the atoms in optical materials absorb the energy from electrical currents or a light source”.

This process takes place in the laser generator, which is one of the most important components of every laser cutting machine.

If you are buying or upgrading to a better laser cutter, you should pay close attention to how its laser generator is designed, which model it is, and who made it.

A perfect example of a well-made laser generator is the one supplied to Triumph’s 30W Laser Engraving Machine. 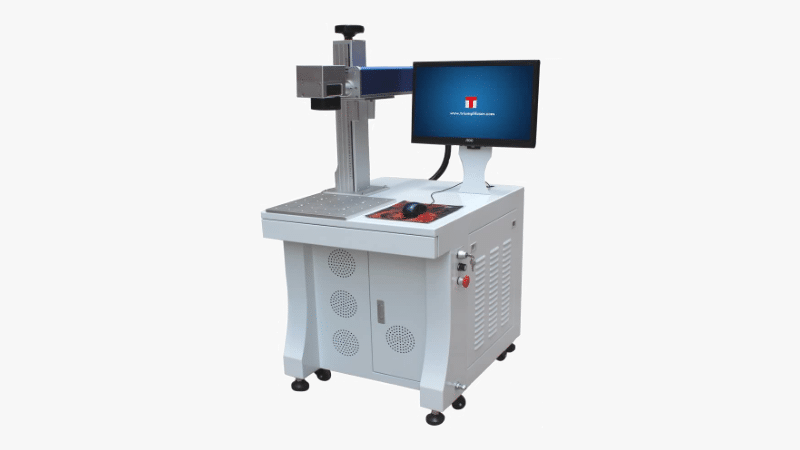 The company offers a warranty, free maintenance, and free consumable refills during the first two years. The laser generator and head also boast at least 100,000 hours of estimated lifetime.

It is not uncommon for budget laser cutters to have a decent laser generator backed by a terribly designed laser head. If any of the two parts is of subpar quality, it doesn’t matter how great the rest of the parts are.

I should point out that not all laser cutters are equipped with a servo system/motor. The lack of one should not be an instant deal-breaker, but if you’ve found a machine with a serviceable one, consider it a huge plus.

The other alternative is a stepping (stepper) motor, which is, in my opinion, an outdated piece of technology. Stepper motors are DC-powered electric motors, which basically split rotations into ‘steps’, hence the name.

Both stepper and servo motors are meant to keep the machine stable by producing torque, as well as velocity. The main difference between the two is that DC steppers do this automatically (and are harder to adjust mid-process) while you can perform tweaks on the servo system with the servo controller at any given point.

Should something go awry, you can readjust, or even stop the motor, which can ultimately save the piece you’ve been laser-cutting. 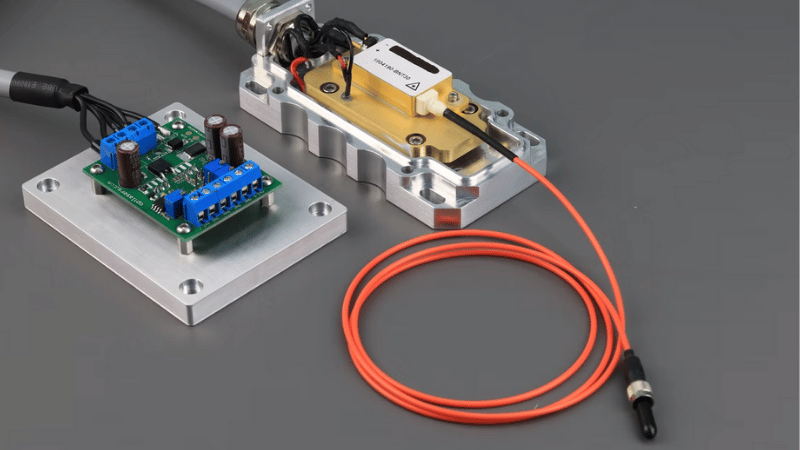 The computer numerical control, often referred to as the CNC system, is present in all modern laser cutters. The polar opposite of ‘analog’ laser cutters that were around during the 1970s, contemporary cutters feature advanced technology that utilizes special software to perform a series of mathematical calculations, ultimately automating a good chunk of the machine in question.

In the simplest of terms, the computer numerical control system governs the axis movements and the laser’s output power. Manufacturers use different kinds of software or tweak the CNC code to integrate controls for unique features or proprietary mechanisms.

In my research, I discovered that all laser cutters need to pass safety regulation checks before reaching the market. One of the usual prerequisites is having a regulated, dedicated power supply unit that will supply the entire machine with sufficient power while leaving a small enough carbon footprint behind.

This power supply unit connects the CNC system, the machine’s laser generator, and power supply systems. Without a dedicated power supply, you would need a special kind of generator and an array of tools that could counter the power grid-based interferences. 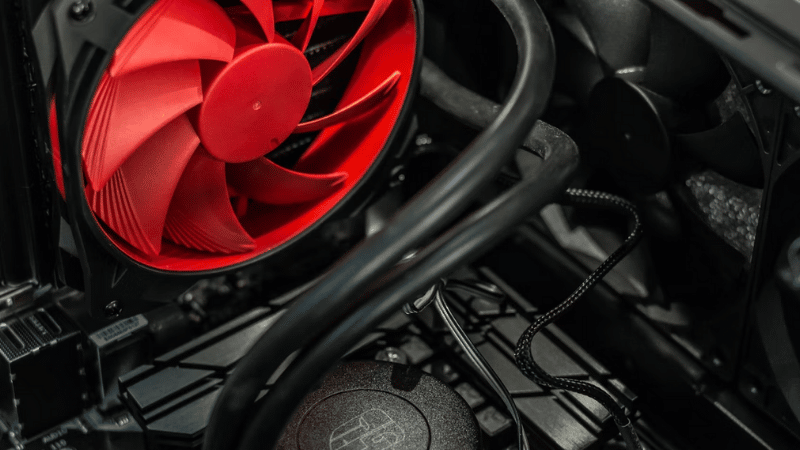 Lasers are scorching hot, and to prevent the machine’s laser generator from overheating, a special cooling element needs to be introduced.

Some of the main aspects of a good cooling element encompass reliability, quickness, and convenience. By ‘reliability’, I’m pointing at a device that will always keep the generator from overheating by maintaining constant temperatures. In terms of quickness, the cooling element needs to be ‘chilly’ enough to drop hundreds of degrees down to normal temperature levels.

As far as convenience is concerned, I’m implying that not all cooling elements are adequately sized or put in the right place. If the device is too large, the manufacturer has maybe miscalculated the dimensions of the machine and had to create a bigger gap for it to fit.

If it was put in the wrong place, replacing, fixing, or upgrading it is consequentially much harder than it should be. 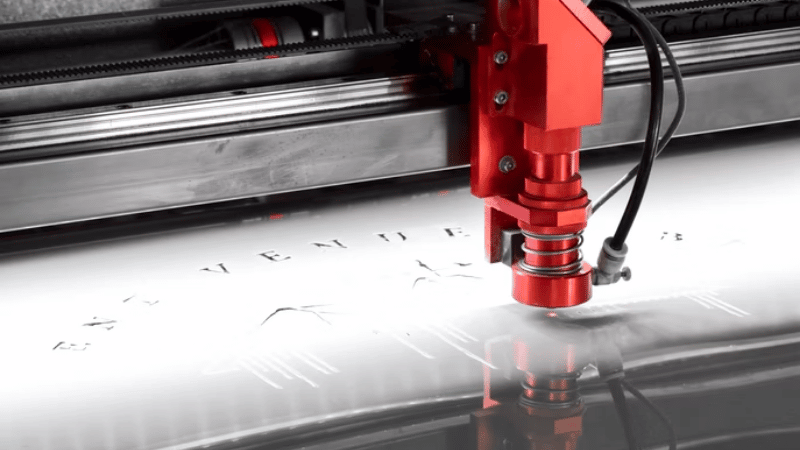 The beam bender mirror is a reflective surface from which the laser is reflected into the laser head. While I was researching laser cutters, I found that these mirrors are generally made of thin, but sturdy copper, or sometimes silicon materials.

Given that these materials aren’t capable of withstanding the immense heat of a laser beam, they’re usually reinforced with a layer of a special reflective coating. This way, the laser barely grazes the surface of copper/silicon and is immediately transported to the laser head.

Although it’s called a gas reservoir, it actually stores either gas, compressed air, or both (in separate compartments).

Certain laser cutters are not gas-powered; in which case this unit is called an air compressor chamber. The design looks almost exactly the same, although the materials are usually different for gas and air compressor units.

In my research, I’ve found that the compressed air stored in the reservoirs of laser cutters is actually mixed with at least one type of gas, somewhat diluting it. Gas-powered laser cutters are typically a bit stronger and less demanding in terms of maintenance.

The gas cylinders supply power (gas) to the laser heads. The cylinder is typically small and easily replaceable. In most cases, there’s another (auxiliary) cylinder on the machine that features a laser head with independent functions.

The program orchestrating the laser cutting process is equally as important as the machine’s parts. Some manufacturers outsource software while some of the leading brands develop their own.

A perfect example of the former can be seen in Ten High’s CO2 100W Laser Engraving Cutting Machine. 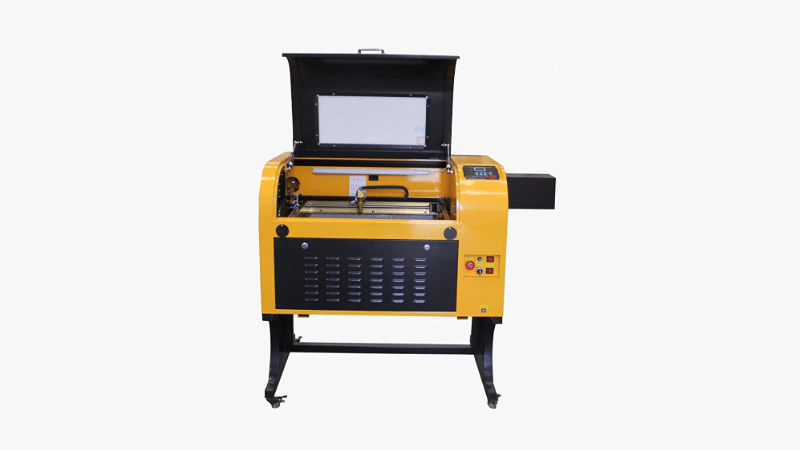 Ten High is actually retailing and outsourcing the machines themselves, as well as the programs that power them. In the particular case of the CO2 100w machine, it is supplied with the CorelLASER program.

CorelLASER is an app derived from Corel DRAW. Given that DRAW is a bit too broad, despite how simple it is to use for most professionals, CorelLASER simplifies the process even further, focusing on laser-cutting elements exclusively. I should also mention that you can use Corel DRAW for laser cutting and engraving, as long as the machine supports the program.

In the case of manufacturers that both develop their laser cutting software and their machines, Bystronic stands out among the most innovative ones.

This company has developed the BySoft system, which works the best with its own laser cutters but is also compatible with other models that support it. What separates BySoft software (and laser cutters) from Ten High is how advanced it is. It’s much simpler to use, and the array of organizational tools it’s supplied with is beyond impressive.

How Does a Laser Cutter Work?

This section is dedicated to explaining how most laser cutting machines operate. I’d like to point out that not all machines work the same, especially newer ones equipped with groundbreaking technology.

Additionally, there are a few types of laser cutters, which are obviously different in terms of how they operate.

The purpose of this section is to determine the basic principles of how laser cutters work, regardless of type, size, or price tag.

The Machine is Powered by CO2 or Compressed Air

When you press the ‘power on’ button, the process of feeding carbon dioxide or compressed air to the nozzle begins. The gas fills the tubes of the construction and provides it with electricity, which in turn produces light.

The electricity sparks are essentially jolts of light and, as such, it is irrelevant how hot individual sparks can be, as they dissipate within milliseconds. However, there are numerous mirrors and lenses at the ends of the tubes, which focus the electricity with pinpoint accuracy.

‘Jolts of light’ is a massive understatement, though, as laser-cutting machines typically generate multiple kilowatts of strength. Such immense power is focused in a single dot that is only a few millimeters in diameter that these are strong enough to cut through thick steel.

If we skip the powering part, it all starts with the laser generator. A beam of single-wavelength light is produced by this device, which is later transmitted to the beam bender through the pipes, and focused by the laser head.

If you take a look at any laser cutting machine, you will probably notice that the generator lies at an angle that is perpendicular to the laser head (from which it ultimately falls to the working surface).

Without the beam bender mirrors, the ‘unfocused’ laser would either pierce through the pipes or ricochet thousands of times before reaching the laser head.

As I mentioned earlier, the beam bender mirrors are generally coated with reflective layers that enable the laser to travel on a proper path.

Laser Is Focused in the Lens

The focusing lens is located in the laser head. The type of lens varies from one model to the other. A standard laser cutting machine features a lens made of infrared materials, such as zinc selenide, germanium, gallium arsenide, and silicon.

The efficiency of the lens is typically determined by its ability to narrow the diameter of the laser beam, which is usually influenced by the quality of materials.

Alternatively, the Laser is Concentrated by a Curved Mirror

Nearly all modern-day laser cutting machines feature a focusing lens, but there are exceptions. Such models are outfitted with curved mirrors, which serve the same purpose.

I hope that after reading this article you’ve realized that laser cutting machines aren’t as complicated as they seem to be.

There are quite a few parts with names that may be difficult to remember, but in a nutshell, gas/air creates electricity, electricity is converted into power, power is focused to a point, and a laser comes out in the end. 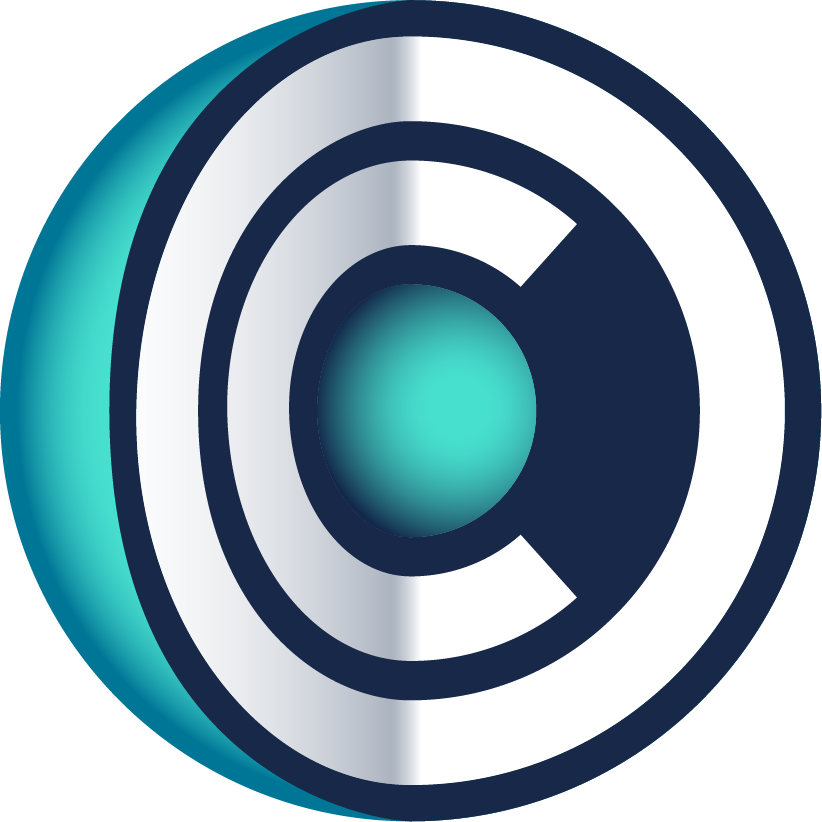