2 Most Viral Social Media Campaigns of this Decade so far!

Having a campaign on social media go viral is the ultimate achievement in online media.

Many brands try t o do this, but very few get it right. With no special formula or method to do so, brands often have to try and try again to get it right, but all you really need is an excellent, interactive and engaging campaign that will create awareness for your charity.

Many brands have tried to using a hashtag or challenge to create awareness and increase donations, but very few have got it right. We’ve rounded up two of our favorites and most successful social media charities campaigns from the last few years for you to see how it is done. We’ll also unpack the impact that it has had on the charities.

Movember by The Movember Foundation 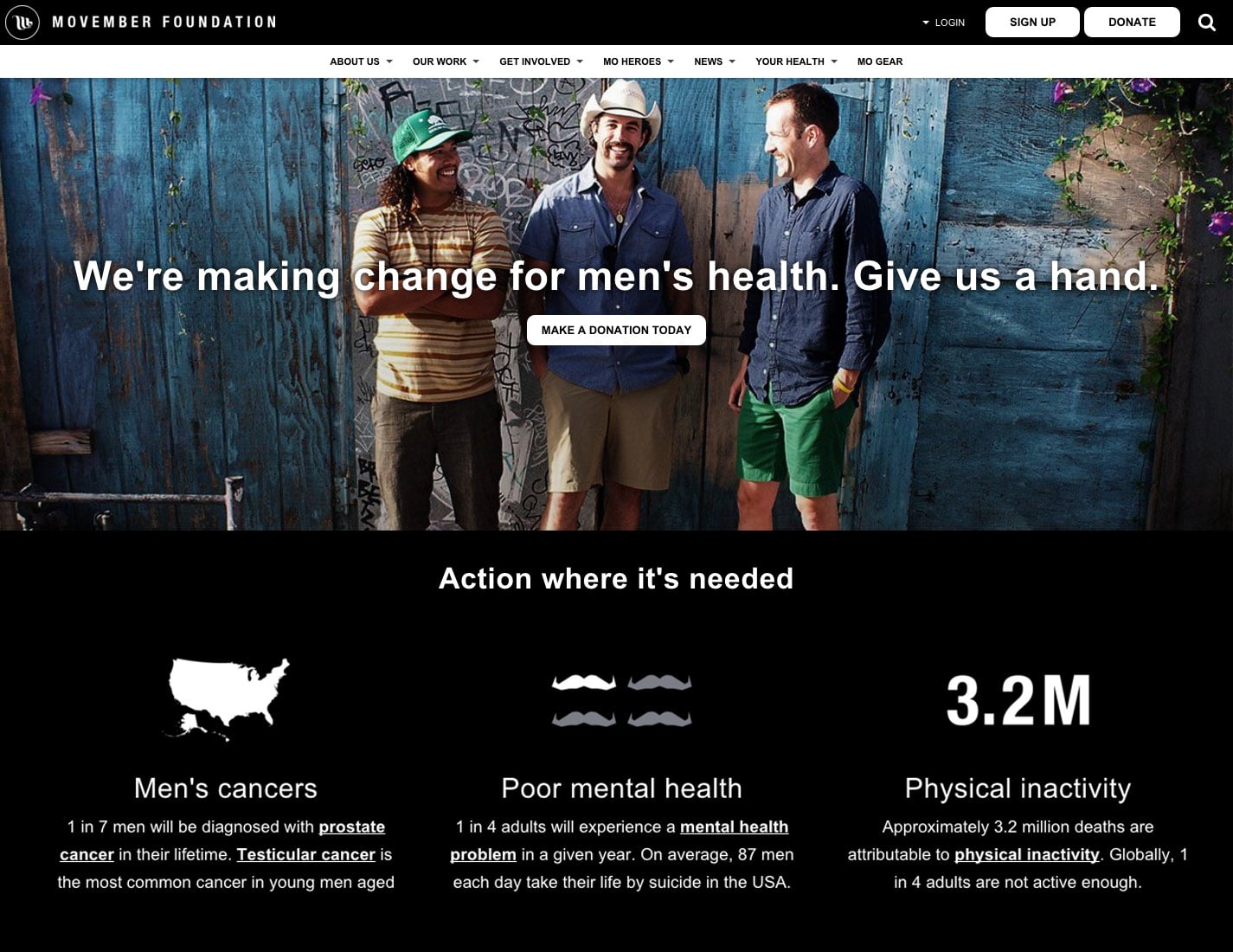 By encouraging men – whom the charity refers to as Mo Bros – to get involved in their annual Movember event, they aims to increase early cancer detection, diagnosis it and to get effective treatments by going for their yearly check-up. This will ultimately reduce the number of preventable deaths in men. The Movember foundation also encourages men to be aware of family history of cancer and to adopt a healthier lifestyle.

Today the Movember Foundation is one of the top NGOs and has global following for its Movember event. They also run other events such as Tacheback for testicular cancer  and Move in Movember which encourages men to be more active.

In 2004, the Movember Foundation ran it first  annual event called Movember which involves men (Mo Bros as the campaign calls them) signing up on movember.com and becoming walking billboards. With the support of their Mo Sistas (women in their lives), Mo Bros start the month of November off with a clean-shaven face. For the rest of the month, these men groom and grow their moustaches, and become walking, talking billboards raising awareness and funds for the often ignored issue of men’s health.

Individuals, groups and corporates are encouraged to register on www.movember.com from 15 September 2016 to show their support for the event. During the month of November, Mo Bros seek out sponsorship for their moustache growing efforts. At the end of the month, many Mo Bros celebrate by hosting their own Movember party or attending one of Movember’s Gala events.

Movember has built a community based on shared humour. The campaign garnered 1.2m social media mentions alone in 2014. In 2013 it doubled its Facebook reach and increased retweets on Twitter by 45%. The effects of the campaign have also impacted Movember’s beneficiaries immensely.

Prostate Cancer UK, one of Movember’s main beneficiaries, has reported a rise in calls to its helplines.

Movember campaign has grown from a two country campaign – Australia and New Zealand – in 2004, to a 21 countries now being on board and celebrating the month of Movember. These countries include Ireland, Canada, Czech Republic, Denmark, El Salvador, Spain, the United Kingdom, Israel, South Africa, Taiwan and the United States, which all have their own local website, donation run and participants.

As the campaign grew in popularity on social media and the hashtag #Movember kept growing local airlines such as kulula.com in South Africa joined in on the fun and showed their support by adding moustaches to the front of its planes. 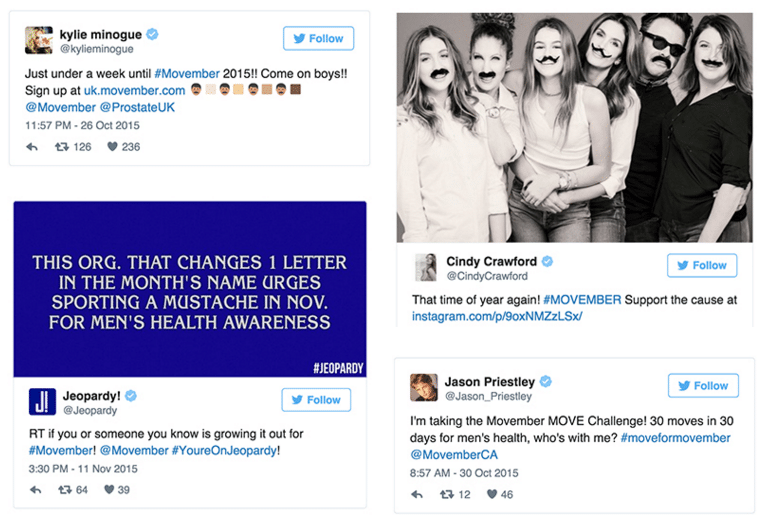 Many celebrities have also show their support by growing out their moustaches for Movember including Justin Bieber, Sylvester Stallone, Mel Gibson, Kevin Connolly, Clive Owen, and Kellan Lutz.

Established in 1985, the ALS Association is the only national non-profit organization in the United States of America that is actively fighting Lou Gehrig’s Disease in every single way possible. Not only is the ALS Association leading the way in global reach, but is also providing assistance for people with ALS through a nationwide network of chapters, coordinating multidisciplinary care through certified clinical care centers, and fostering government partnerships. The association does more than just fund research and provide care, it builds hope and enhances quality of life while aggressively searching for new treatments and a cure. 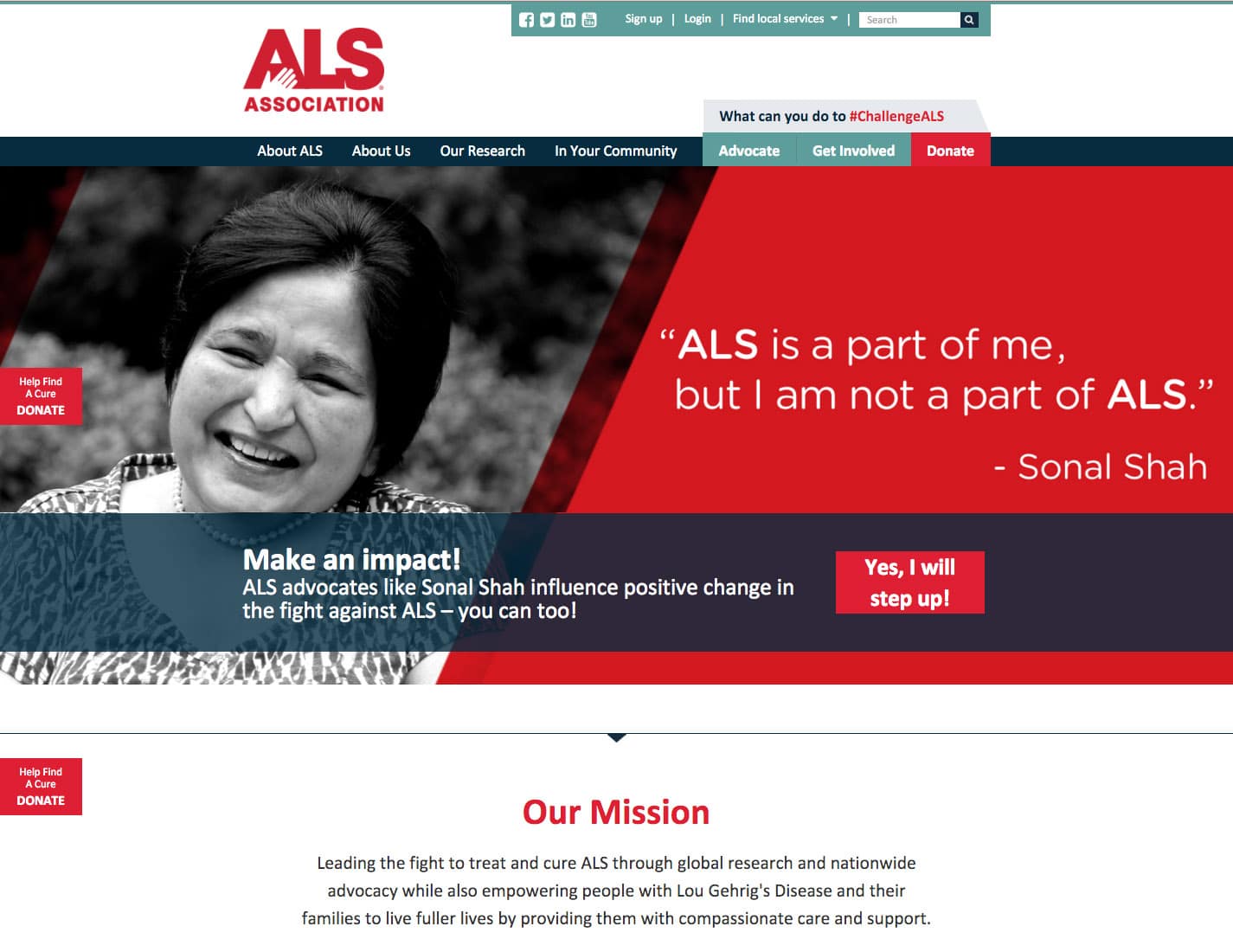 The mission of the ALS Association is to lead the fight to treat and cure ALS through global research and nationwide advocacy, while also empowering people with Lou Gehrig’s Disease and their families to live fuller lives by providing them with compassionate care and support.

To help further awareness of Lou Gehrig’s Disease, the ALS Association created the ALS Ice Bucket Challenge which became one of the most successful social media campaigns of all time.

In August 2014 Facebook, Twitter and Instagram were flooded with an onslaught of #IceBucketChallenge videos as part of the Ice Bucket Challenge. Participation was simple, all you needed to do was film yourself pouring a bucket of ice water over your head within 24 hours of receiving an invitation, then invite someone else to do so. Alternately you could donate $100 toward the ALS Association for research once you received your invitation. 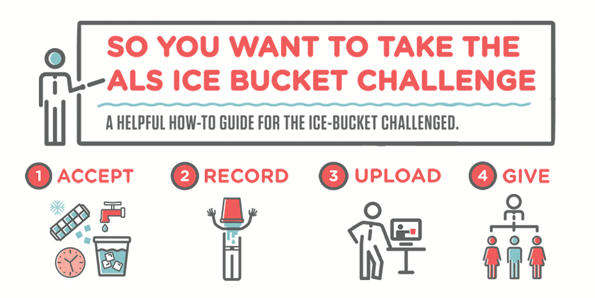 The campaign, challenge and hashtag was created by the ALS Association to raise awareness for the illness. Even though the movement had a clear goal, the campaign came with a lot of criticism as many believed it ultimately delivered more faux-activist pride to the participants than funds to the ALS researchers.

Despite the bad press, the campaign got more than 2 billion online mentions, and saw the number of viewers who saw or read content that referring to the terms “ALS,” “Lou Gehrig’s Disease” and “Ice Bucket Challenge” skyrocketed from the week of July 30 to the week of August 6 2014.

According to Facebook Newsroom, which monitored traffic and content on the Facebook site relating to the Ice Bucket Challenge, between June 1 and September 1 2014, more than 15 million videos related to the Ice Bucket Challenge were shared on Facebook. These videos were viewed more than 10 billion times by more than 440 million people from every country in the world. There were at least 1.2 million videos related to the challenge shared on the Facebook, and more than 28 million people joined in conversations regarding the challenge, either by posting, commenting or liking a challenge post. 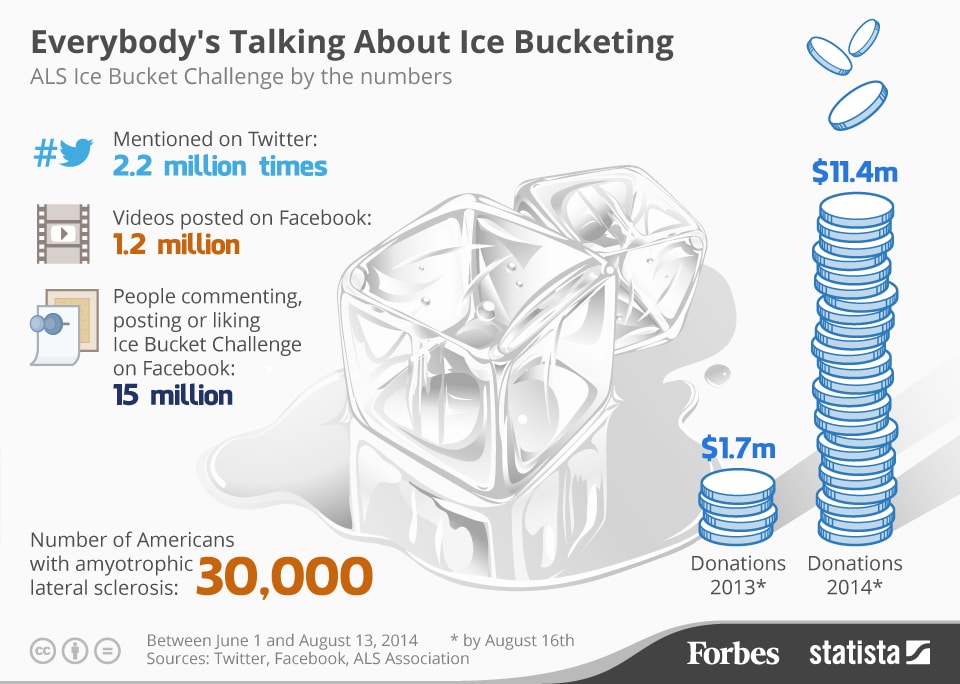 Any items or content that included the term “ALS” increased 1,007%, and ones that mentioned Lou Gehrig’s Disease increased 1,167%. The rate and total of donations also rapidly rose with $1 million raised in one weekend, and a total of $2.4 million raised in the first week of campaign, which is a far cry from the $25,000 in donations that was raised during the same period in 2013. 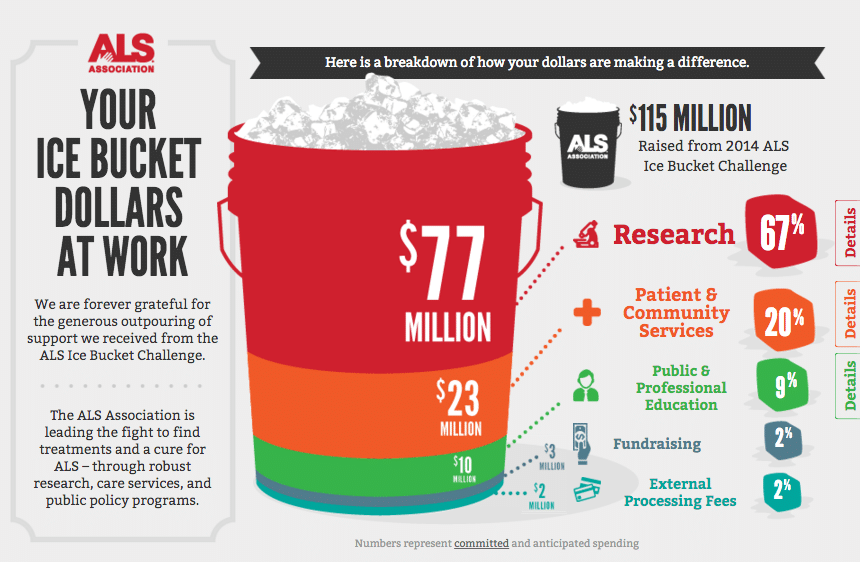 Part of the campaign’s success can be attributed to the social media efforts of high-profile celebrities and everyday citizens who participated. Celebrities such as Justin Timberlake, Jimmy Fallon, Rhonda Rousey and Shakira all did the challenge, and brought awareness to the campaign and ALS. Talk show host Ellen DeGeneres also did the challenge, and got the queen of social media Kim Kardashian West to do it too.

DeGeneres went on to donate a large sum of money to ALS research. Facebook founder Mark Zuckerberg and Oprah also got in on the action.

Prior to the challenge, public awareness of the disease amyotrophic lateral sclerosis (ALS) was relatively limited. The ALS Association stated that prior to the challenge going viral, only half of Americans had heard of the disease, and often referred to as “Lou Gehrig’s Disease”, after the famous baseball player Lou Gehrig, who publicly revealed his diagnosis in 1939.

Whether you’re using social media already, or are in the process of setting up an account, all charities need to move forward and take advantage of this incredible marketing too. Keeping in mind it is not as easy as just adding a few post of Facebook, tweeting 140 character,  or uploading a YouTube video, social media should not be used blindly, but strategically.

Be creative, use a strategy and aim for a few specific goals when doing using social media, and your charity might be the next Movember Foundation or ALS Association.