Siteground vs HostGator – Why we are sticking with it?

Siteground vs HostGator – Why we are sticking with it?

While many businesses may not give a lot of importance to this, choosing the right web host for your marketing endeavors is crucial if you want any success online. Choosing the wrong web host can have serious consequences for your business, some of which include:

After last comparison between SiteGround vs Bluehost, we received a lot of feedback from our readers sharing their experience, and, a lot of you asked us to compare other hosts e.g Hostgator and Dream host etc as we’ve had our fair share of experience with many of them.

We are going to do a comparison between SiteGround vs HostGator which are popular hosting companies.

HostGator is one of the largest companies in the world that can help you create and maintain your website. Boasting more than 9 million domains and 400,000 customers from around the world, HostGator has a lot going for it to be considered the best.

SiteGround, on the other hand, takes a different approach with its open-source software support. They support programs like WordPress, Joomla and Magento with hosting plans tailor-made for these websites. Being slightly younger than HostGator, SiteGround has a client base of over 250,000 from all over the world.

Perhaps the most important aspect of any web host company is how much uptime it can provide to its clients. Uptime can be defined as the time any website is operational and effectively up and running. Downtime is the exact opposite of this. As a startup, you need to be sure that the web host you are choosing provides excellent uptime.

HostGator states that their websites are up 99.99% of the time. This means that the chances of your website being down is 0.01%. Those are some great numbers, which makes HostGator one of the top choices. To sweeten the deal further, there is no difference in uptime based on what plan you choose. Even the lowest or the simplest price plans guarantee the same uptime.

Similarly, SiteGround guarantees the same 99.99% uptime. Again, the same goes for all of the price plans that are offered. SiteGround achieves this uptime number with the help of its custom programming, which helps find out any potential problems that might cause a website to fail and fixes them before they happen.

To further testify the efficiency of both systems we should mention that the uptime numbers that both HostGator and SiteGround claim have actually been tested. What they mean in simple terms is that over a period of 6 months, your website can potentially be down only for around 4 hours, no matter which one of the services you use.

Note: As of late, Siteground has been performing really well and handling the growth perfectly as a lot of big names in the Industry have moved from WP Engine to SiteGround e.g RazorSocial.com and it can be seen in the chart above that their uptime has been 100%.

As mentioned earlier, both the services in question are great choices as your web hosts. It might be tough for people to choose between the two, but we can recommend SiteGround based on our experiences. However, HostGator proves to be just as comparable.

Both the companies have taken different approaches to maximizing speed. Where SiteGround uses the cache process by the name of SuperCacher to keep things moving at a brisk pace, HostGator takes a rather hardware-based approach of adding more equipment and service layers. HostGator has invested in various VPS servers that help it gain this advantage when looking at sheer speed.

Have you ever seen those large rooms in offices with a lot of geeky-looking hardware stacked on top of each other like towers? Those are known as servers, and they act like a small hard drive would in your computer. Just like that hard drive, a web server relies on each and every part, which in this case is individual machines connected together, for its function.

Like in the speed department, both HostGator and SiteGround have adopted different approaches in there server systems as well.

HostGator, again, uses a large array of servers which work in harmony to keep a balance and ensure stability. This allows it to maintain a healthy server response time as well.

SiteGround allows for surges in server loads, by keeping the general loads a little lower on purpose. This lets them cater for the increase in server loads that are usually faced during the holidays or on a special occasion.

So which one is better?

A lot of server response tests are carried out on the hosting companies websites which is just ludacrist as they run their websites on dedicated servers and over 50% of the customers sign up for the shared hosting plan.

As always, benchmarks are not the final word and most importantly, as a customer, you’ll be getting the lower end of the hosting package not a the dedicated server which will cost you an arm and a leg.

Our personal experience, and that of our followers has proven that SiteGround is great at handling high server loads with its approach and quicker than HostGator.

HostGator, due to its partnership with SoftLayer which is a collocation provider, has data centers in multiple locations. SoftLayer owns the best data centers in the world that are equipped with power generators, various power feeds, constant server monitoring and the best UPS backups.

SiteGround, on the other hand, has three data centers. These are located in Chicago, Amsterdam, and Singapore. These are also equipped with high-end hardware. These data centers also have physical security so that the clients’ website data is secure at all time. Having these data centers in strategically chosen areas helps SiteGround to provide its users with faster processing based on their location. To top that off, it offers free CDN as well, which adds a huge 23 locations around the world to improve the efficiency of your webpage.

Based on that, SiteGround without any doubt has a superior infrastructure to offer better hosting services.

HostGator offers three upgradable plans for shared web hosting. These start from a mere $3.96 a month, for which you get all the benefits and quality that HostGator brings with it.

Other than that, HostGator provides the following plans for high traffic websites:

Like HostGator, SiteGround also has three shared web hosting plans that can be upgraded if need be. These have a monthly limit of 100,000 visits though which is perfect for bloggers and marketers. 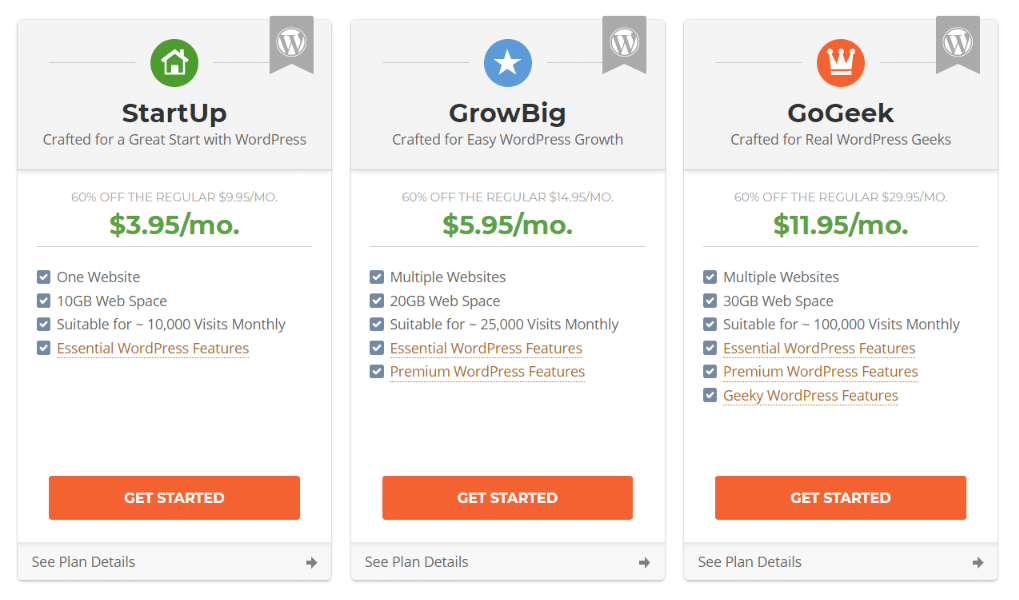 Here are the prices of the three different types of web hosting services provided:

Both companies have comparable features being offered for almost the same prices, however, the amount of discounts you get at SiteGround beats many other web hosting services. You get the same great features that SiteGround brings with it, but for half the price. What’s not to love?

Many web hosting services make it their mission to provide their customers with the best technical support. This may alone be the reason many people choose one service over another because a solid customer support is crucial when it comes for small businesses, especially those that do not have any technicians specialized for web-based problems.

Both services offer great technical support, including 24/7 phone support as well as Live Chat support. There really isn’t any room to fault either service in the support department, but our own experience has been pretty positive with SiteGround. 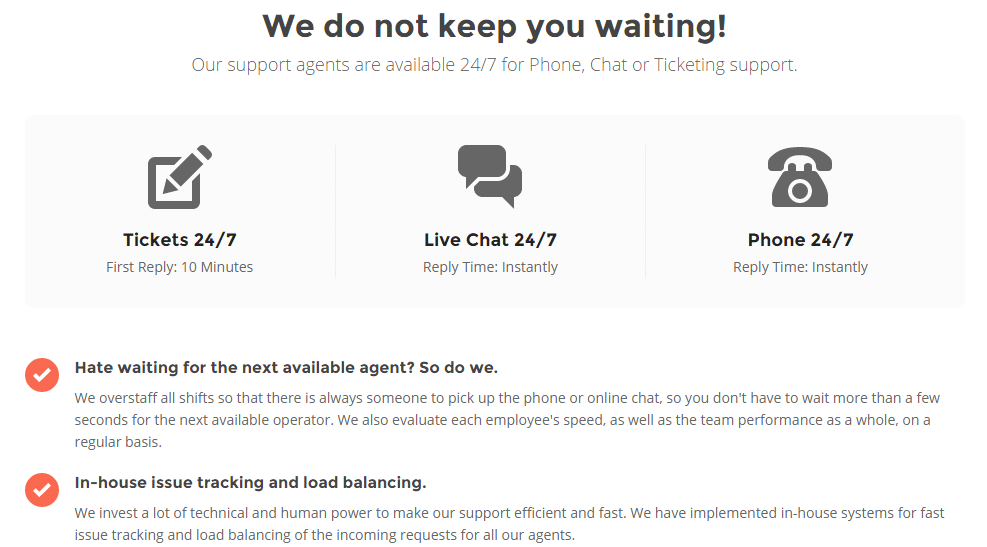 As we’ve discussed in our comparison with WP Engine before, Support is absolutely crucial and SiteGround has hands down the best support and exceeds any service provider in the market.

This is a tough comparison because both HostGator and SiteGround are among the top web hosting services available in the world today. Both have a strong customer base as well as the motivation to grow further. Both services boast impressive features and pricing, as well as great customer support. They have the hardware and the software to beat many other services with ease.

You really can’t go wrong with either service. They both have a loyal client base that testifies to their competency. For the sake of comparison however, we would easily recommend SiteGround to our readers because of our own experiences. Many users have also claimed that SiteGround is better than many other services, and it is definitely moving ahead from the pack. Add to that the 30-day refund policy, and you have a winner.

The 16 Best 4K Monitors from Wide to Gaming