81 LinkedIn Statistics You Need to Know in 2022

Total Number of Active LinkedIn Users in the Asia Pacific:

Total Number of Remote Job Postings in the U.S. on LinkedIn:

Total Number of Professionals on LinkedIn:

Number of LinkedIn users per year

Number of companies listed on LinkedIn per year 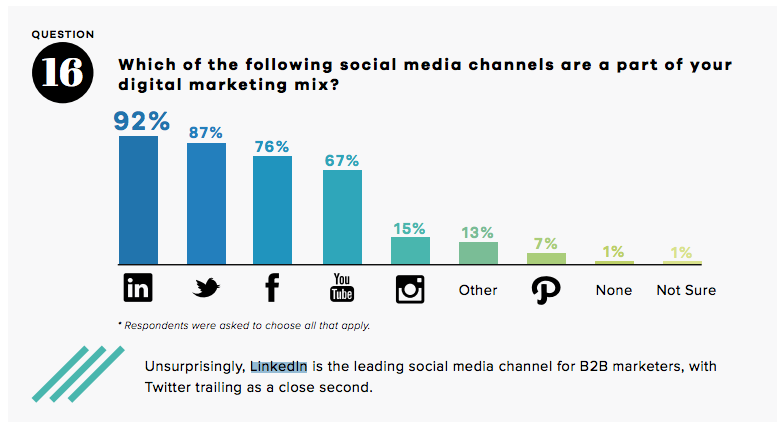 LinkedIn boasts over 756 million users in more than 200 countries and territories worldwide (LinkedIn, 2021).

Although these figures seem considerably low compared to the likes of Instagram with over 1 billion users and Facebook at 2.85 billion users, the numbers are quite impressive, noting that LinkedIn targets a specific group of users ‒ the professional community.

Having been officially launched in 2003, LinkedIn has enjoyed a phenomenal gradual growth rate without experiencing any dips, as would be the case for other social media platforms like Twitter.

In just two years after its launch, LinkedIn had already amassed 1.6 million members and crossed the 100-million mark in Q1 2011 after going public.

The number of LinkedIn users more than tripled from 160 million to over 400 million members within the next five years, and just a year later, in 2017, the platform crossed its half-a-billion mark.

Over the years, LinkedIn became the go-to network for all professionals globally, and not just in the United States alone. Out of the 756 million LinkedIn users, there are only 178 million members from the U.S. (LinkedIn, 2021).

More than half of LinkedIn users (52% to be precise) are from North America and Europe. At a whopping 48%, the international usage of the platform is quite impressive. Asia Pacific is the leading region with the highest number of LinkedIn users with 206M+ members.

LinkedIn’s latest demographics stats indicate that the professional network is more popular among males than females. 56.9% of all LinkedIn members are male, while females take up 43.1% of the total users (Statista, 2021).

While the platform remains more popular among males, LinkedIn’s Gender Insight Report tells a different story regarding usage behaviors and engagement habits. According to the report, women are 16% more likely than men to get hired after applying for a job.

When broken further, the age group with the most number of LinkedIn users is between 25 and 34 years, taking up 60.1% of the total.

LinkedIn is a platform mainly built for working professionals and those looking to build their network. For this matter, it would make a lot of sense to notice a huge number of users from the ages of 25 to 35, as these are individuals looking to network and scout for better work opportunities.

The second most popular age group on LinkedIn ranges between 18 and 24, taking up 19.2% of the total. Most of the people in this age are in (or done with) college and would like to connect with other professionals whom they could use as mentors to grow their careers.

By the mere fact that LinkedIn is a platform for those working, scouting for newer professional opportunities, or looking to network, there are very few members (only 3.3% of the total) above 55.

With the world moving towards the mobile-first ideology, it is no surprise to learn that 57% of all LinkedIn traffic is from mobile devices (LinkedIn, 2021). However, these figures haven’t changed since 2018, but there was a prediction that the numbers would increase five-fold by 2024.

The same report from LinkedIn also claims that 80% of engagement on content comes from mobile devices. This means that if you wish to market any content on the platform, it must be optimized for mobile.

According to Similarweb, members on this platform review an average of six pages per visit, spending approximately 7 minutes on the platform.

In a study conducted by Hubspot, LinkedIn leads in terms of lead conversion rates. Traffic from the platform generates the highest visitor-to-lead conversion rate at 2.74%, which is 277% higher than Facebook and Twitter. This is an impressive figure, more so since 80% of B2B leads come from LinkedIn.

While it is quite popular among B2B content marketers, LinkedIn treks behind Facebook and Instagram as the most popular social media platform for marketers ‒ and for obvious reasons (Hootsuite, 2021).

With billions of users on both Instagram and Facebook, they are a marketer’s go-to place as you can easily reach many people in an instance. However, due to its trustworthiness rating and high lead conversion rates, LinkedIn comfortably follows closely by, ahead of other platforms like Twitter and YouTube.

There are over 57 million companies listed on LinkedIn, with more than 15 million open job listings (LinkedIn, 2021).

These figures make it no surprise to learn that 87% of recruiters use or engage LinkedIn at some point in their recruitment process. According to LinkedIn, over 40 million people use the platform to search for jobs every week, and in every minute, three people get hired on LinkedIn.

A study found that 122 million received interview letters for a job they applied for via LinkedIn. Over 35 million people were hired by someone they connected with on the platform.

At the dawn of the Coronavirus pandemic, LinkedIn saw a 6x increase in the number of remote job postings in the U.S. There are 300K+ active remote job listings on the social media site at the moment.

7. Stats on key decision-makers on LinkedIn

LinkedIn is arguably the world’s largest gathering of decision-makers and professionals. According to the platform, 4 out of 5 LinkedIn members drive business decisions in some form. These numbers showcase to marketers the quality of LinkedIn’s audience, which is .ideal for exploring if quality leads are the key to your business.

In terms of absolute numbers, there are 61 million senior-level influencers and 65 million decision-makers on LinkedIn. This makes LinkedIn the best place you can go to if you need a direct connection with key decision-makers of your target market.

For marketers whose target audience is the millennials, you’d be glad to learn that out of the 87 million millennials on LinkedIn, more than 11 million of them are key decision-makers.

Content marketing has had its fair share on LinkedIn, with a 60% rise in content creation within the last year. You can be sure to reach key decision-makers of the industries you’re targeting for your brand.

According to LinkedIn, 45% of content readers are managers, CEOs, VPs, and other upper ranks in companies. You can help them discover your brand or product through a well-planned content marketing strategy.

Note: Please link back to omnicoreagency.com and this page when you reference/quote the statistic.

Salman Aslam is the Managing Director at Omnicore, a leading Healthcare Digital Advertising & Marketing Agency helping clients across the globe. You can follow him on Twitter for tweets and rants about latest news, tips and advice on digital marketing.